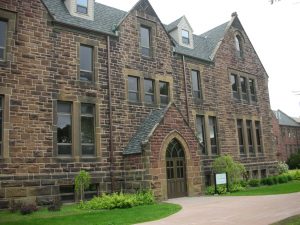 It was a great pleasure to present a paper entitled “Vernacular Architecture and the Pursuit of Learning at Mount Allison University” at the 44th Annual Conference of the Society for the Study of Architecture in St John’s, Newfoundland last year.

The focus of my research that led to the paper is on the students’ narratives identified in the University’s archive and through conducting interviews to identify students’ experiences of everyday life and history. I am most thankful to David Mawhinney, archivist at Mount Allison University, Sackville, New Brunswick, for his patience and help with my many inquiries during my visits to the archive.

The interviews with Barbara McNutt, Class of 1953, Dr Marilyn Trenholme Counsell, Class of 1954, and Dr Nancy Vogan, Class of 1967, were particularly informative and I am grateful to them.

During the decade of the 1950s the sociocultural and political environments on the Mount Allison University campus were facing significant challenges. These included increasing enrolment, lack of capital, income insecurity, and identity definition following the recent closures of the Ladies’ College, Male Academy, and Commercial College as identified in Reid’s seminal history(1).

The paper identified the key buildings on the campus and it followed a day in the life of Effie, a fictitious female student created from the research. Effie described her experiences of the architecture and society at Mount Allison and how they influenced her learning.

The key buildings include Owens Art Gallery (1895) and Hart Hall (1910, 1920), architect E. Burke; Memorial Library (1927), Science Building (1931), and Centennial Hall (renovation 1934), architect A. R. Cobb; and Fawcett Hall (1910), architect W. M. Mitchell. Many of these buildings remain in use today and they demonstrate the concept of generative buildings whereby space and social life influence the communities of learning.

The paper concluded by discussing how the vernacular architecture (geography, tradition, society, culture, and anthropology) influenced the students’ pursuit of  learning in the 1950s and helped to define the University’s identity based on social justice and intellectual excellence(2). These definitions set up the major developments in the 1960s at Mount Allison University and led to Maclean’s high ranking of the university which continues to the present day.

The further work in my research is described in the posting: www.iainrobbe.com/Labour-Day-learning-environments 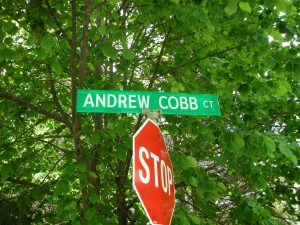 One thought on “Labour Day architecture”