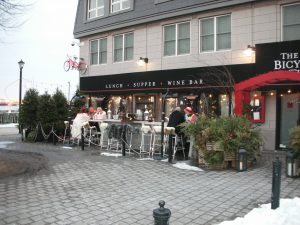 It is disappointing to see even limited medical support for legislation for putative public health benefits. There is an impression that some doctors are too keen to resort to legislation to enforce their views on the public when it is limitations in their medical communication skills that have failed to change behaviours.

Specifically, the apparent unqualified advocacy for minimum unit pricing for alcohol by Meier, Brennan, Angus and Holmes (2017) seems misguided in terms of principle and in terms of the evidence-base.

The evidence-base cited by Meier et al. (2017) draws extensively on their modelling which is open to many challenges particularly regarding the links of the models to the real world of individual behaviours and sociocultural contexts (Duffy & Snowdon, 2012; Griffith & Leicester, 2010). The observational studies from the Canadian provinces are not cited perhaps due to their weaknesses (Giesbrecht et al., 2016; Zhao et al., 2013).

Research into alcohol is fraught with controversies notably regarding research methodologies, protective versus harmful effects, price elasticity, inter alia (Gray, 2012; Roerecke & Rehm, 2012). If there is concern about harmful drinking by a minority of people of any age then the appropriate qualitative research should take place to investigate the reasons.

The editorial by Meier et al. (2017) would have been more persuasive if it had addressed policy initiatives aimed at promoting responsible alcohol consumption.

I conclude that the ruling on November 15th 2017 by the Supreme Court is regrettable in relation to all of the above points and because it will distract from the policy initiatives aimed at promoting responsible alcohol consumption in Scotland and in the other countries of the United Kingdom.

The Supreme Court’s ruling is also regrettable because it will enable the Welsh Assembly Government to divert attention from its failures in the management of the NHS in Wales.

Declaration: an abridged version of my comments on this subject was published as a rapid response in the British Medical Journal; see –

Griffith, R., & Leicester, A. (2010). The Impact of Introducing a Minimum Price of Alcohol in Britain. England: Institute for Fiscal Studies.