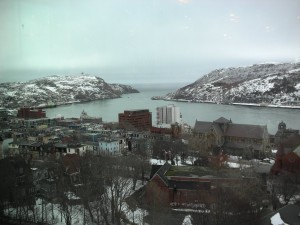 The public has traditionally held health care professionals in high esteem. However as society grows more complicated with increasing amounts of information and less time to reflect on the information, it seems important for these professionals to consider the balance in their advice to the public otherwise there is a risk of public disillusion.

This article explores the issues in this balance through the perspective of three health care professionals who have different priorities in their grading of three key ethical criteria despite recognising that each context for their perspectives is different.

The autonomist in general gives the highest priority in her advice for respecting people, not violating their wishes and feelings, and treating them as individuals with rights and responsibilities. She follows the “absolutist or natural rights” principle. The beneficist in general gives the highest priority in her advice for the active duty of care through treating others as she would have them treat her, or as if everyone should act in this way. She recognises individual rights and responsibilities and also, shared rights and responsibilities towards each other and particularly to protect the vulnerable. She follows the “universalist” principle. The justiciary gives the highest priority in her advice to justice in the form of population fairness in general, and particularly in relation to the allocation of resources for the delivery of effective health care including health promotion. She follows the “utilitarianism” principle. The challenge for the professionals who give different priorities in their grading of the three key ethical criteria is to find a balance in their advice to the public between individuality, active care for oneself and others, and population rights so that absolutism does not pressure the public.

When considering vaccination in children, for example, the mumps, measles and rubella vaccine, the autonomist believes in advising parents about the advantages and disadvantages of the vaccine aiming to offer education and to empower an informed choice by parents. She recognises that some children will suffer disease if they are not vaccinated but she thinks that parents have to make many choices for their children and autonomy is an important basic truth. The beneficist provides similar advice to the autonomist’s advice although she gives a higher weight to accepting the role of advocacy for the rights of children who are unable to defend their own rights. Nevertheless, she recognises the responsibility of health care workers to share professional knowledge and skills actively with parents so that they can take responsibility for their own lives and their own health. The justiciary gives the highest weight to the prevention of disease and that means she advises vaccine for everyone as it will provide the greatest benefit for the greatest number as described by the philosophies of Bentham and Mill. Currently in our society the justiciarists appear to have become too absolutist and they have the support of Government health policy and government-inspired community initiatives in favour of vaccination, as well as the orientation of health services, so the autonomists and beneficists are struggling.

When considering the addition of fluoride to drinking water, the autonomist believes that people should be given the information about the benefits and the harms and they should be able to decide for themselves whether to add fluoride or not to their water, to use fluoride toothpastes or toothbrushes, or other sources of fluoride. She appreciates the need to respect people as described in the philosophy of Kant that recognises the unique and equal value of every person. The beneficist believes in the universal opportunity for everyone to have information about the benefits and harms from fluoridation and then the people are empowered to make an informed choice. The justiciary wants to prevent dental disease and she believes that autonomy and beneficence are less important so she advocates the addition of fluoride to the drinking water for the whole population. She recognises that some people might be harmed by fluoride disease but she believes more people will benefit. Again it appears that the justiciarists are winning with their absolutism as they seem to have the support of the Government health and environmental policies, the privatised water companies, and some health services. However if the existing opposition to fluoridation can be enhanced through increasing personal skills and creating supportive community actions drawing on the evidence that any beneficial reductions in dental caries should be considered against the harm from increased dental fluorosis then the autonomists and beneficists might yet change Government policies.

The context of smoking might appear to be similar in terms of a conflict between the absolute advice of the autonomist and the beneficist on the one hand and the justiciary on the other hand. The justiciary can see the enormous utilitarian benefit from banning smoking everywhere but she recognises the difficulty in changing social policy and behaviour so radically but she would advise strict health protection measures such as legal or fiscal controls, and enforceable regulations. The autonomist recognises the extent of the harm to other people through passive smoking but she still believes that people should be given the information about the benefits and the harms and they should be able to decide for themselves. She would therefore moderate her advice by supporting some necessary limits to autonomy, for example, with smoking only being permitted amongst consenting adults in private. The beneficist would also agree with the justiciary because she identifies the almost complete harm from smoking and she feels particularly the active duty of care for children who have less opportunity to exercise their autonomy. She identifies that the few benefits from smoking could be achieved in private, not in the presence of children, and that everyone, universally, should act in this way. The accusation could be made that the three professionals are too absolutist in this context but they would respond that the context is crucial and smoking is so harmful to others that individual autonomy should respect shared responsibilities for others and the utilitarian benefits for the population.

The issue of screening people for a disease before they develop symptoms is another area where priorities differ between the perspectives of the professionals. For example, the breast screening programme for women has been running for more than ten years, identifying many more cancers than are caused by the radiation but there are increasing uncertainties, particularly concerning how to treat cases of ductal carcinoma in situ where the natural history is unclear. The autonomist believes that women should be given the information about the benefits, harms and uncertainties and they should be able to decide for themselves whether to accept the invitation to be screened. The beneficist believes in the universal opportunity for women to have information to make an informed choice including the opportunity to consider the effects on the family and others in the immediate personal group of each individual. The justiciary wants to achieve the maximum benefits by preventing deaths from breast cancer even though a small number of people will be harmed by the radiation or treated unnecessarily as false positives, for example, with ductal carcinoma in situ.

In the specific context of the breast screening programme for women, it appears the justiciarists are in the ascendancy with the support of the Government policy. However for breast screening and for other screening programmes that are being piloted or considered in the next few years, e.g. prostate cancer in men, colorectal cancer in both sexes, antenatal screening for various infectious diseases, the autonomists and the beneficists are making some progress as there is increasing public recognition that these screening processes are not risk-free. The professionals should be providing more information about potential benefits and risks and thence each person invited to be screened can make an informed choice. A screening programme that sought an outcome of 100% for people making an informed choice would be supported by the autonomists and often by the beneficists.

In conclusion, health care professionals risk losing some of the high esteem in which they are held by the public if their advice is too absolute. The multiplicity of advice about food consumption has been forever tainted by the bovine spongiform encephalopathy debacle as evidenced by the difficulties with providing information about genetically modified foods where even the utilitarian approach should urge caution. The United Kingdom does not have a strong tradition of respecting autonomy, for example, despite living wills, the doctors still decide about continuing treatment and the Mental Capacity Act (2008) only requires doctors to take the views of family members into account. The world wide web is already helping the public to find out more for themselves, for example, antidepressants and their side effects, and health care professionals should ally themselves with the public to facilitate their increasing empowerment.