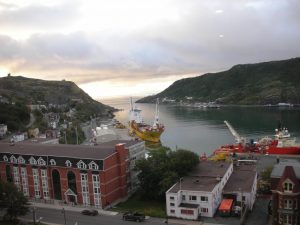 Student engagement in the medical school has the aims of improving the curriculum, the learning environments, students’ motivation and their active citizenship (Hardy, 2009; Zepke & Leach, 2010). The process of auditing activities about student engagement in relation to international criteria (www.aspire-to-excellence.org) revealed conflicts between student engagement and faculty patronage in the Faculty of Medicine, Memorial University, Newfoundland. It seemed that student engagement was closer to an oxymoron than a zeitgeist.

Patronage is defined as condescending actions towards the students; an oxymoron is defined as a figure of speech expressing a contradiction; and a zeitgeist is a spirit of the time and a general trend of habits and dispositions currently (Chambers, 2014).

Data were gathered from interviews with some key faculty informants, from studying background papers, and from iteratively discussing drafts of the report with the Medical Students Society’s Executive (n=28).

Only 24 out of 36 (67%) of the potential key faculty informants responded to requests for information about student engagement. Some faculty viewed student engagement as the way for faculty and students to participate in improving their learning.

– impersonal communications from different sources in the school

– policies, strategies and procedures were frequently issued without consultation

– minimal responses to student representatives when consultations did occur

– lack of transparency about decisions to make changes

– cancellation of committee meetings without explanation.

Conflicts emerged because students considered their participation was undervalued by many faculty who in turn believed that exchanging information equated to engagement thereby demonstrating patronage. Additionally, conflicts were identified due to the silences (Bourdieu & Passeron, 1977) about faculty decisions.

If the Faculty of Medicine are serious about student engagement then research could investigate the positive and negative influences in the culture, society, and learning environments and their interactions. These influences have been identified by research elsewhere for their importance and their context-specificity (Bryson, 2010; Trowler & Trowler, 2010).

Many of the themes in this narrative were presented (a) at Memorial’s medical education scholarship forum in December 2015 and (b) at Dalhousie’s 17th annual symposium on medical/health professions education research in June 2016. There was minimal interest from faculty at Memorial.

While writing this narrative, I was reminded of Oscar Wilde’s words in ‘Lady Windermere’s Fan’ (1891) – “On an occasion of this kind it becomes more than a moral duty to speak one’s mind. It becomes a pleasure”. 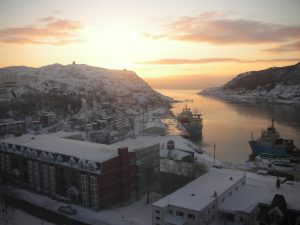 One thought on “Student Engagement: Oxymoron and Patronage”